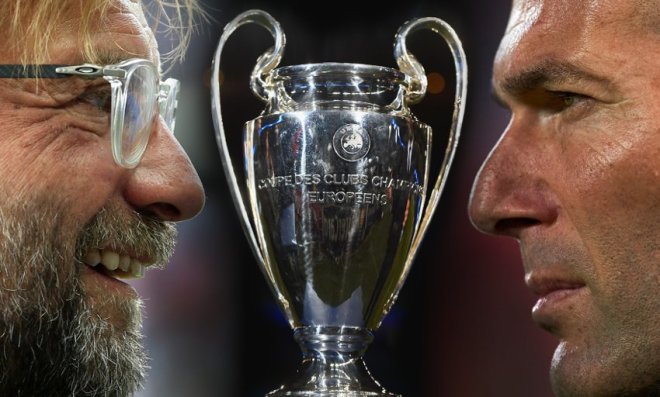 We made it. We are here. We are 90 minutes away from labeling this season as a success or an absolute failure on all fronts. When we realized that winning La Liga was something out of our reach, we found solace in the UEFA Champions League. When we were shockingly knocked out of the Copa del Rey, we found solace in the UEFA Champions League. Now, we are in the Final as we prepare to play against Jurgen Klopp’s Liverpool side that have exceeded every single possible expectation set for them and they seem more than ready to do it one more time as the two most successful clubs in the history of the competition go head-to-head in Kiev.

We have all witnessed what Klopp can do and his methods with Liverpool are not that much different. We will see them press high and play with intensity throughout every second that the players are on the pitch. They will attempt (and probably succeed a few times) to force Los Blancos to make mistakes at the back with players such as Carlos Casemiro who is a beast defensively but faces problems when trying to distribute the ball. Whoever looks at this match and says that Real Madrid are the clear favorites will be surprised when they see how much Los Blancos will have to suffer in the upcoming match.

Klopp loves to be the underdog and already has experienced eliminating Real Madrid during his time with Borussia Dortmund. This time, he has a lot more tools to fight with as the trio up front consisting of Sadio Mane, Mohammad Salah and Roberto Firmino are all in the top five goalscorers of the competition this season. That in itself is saying something especially when they are going against a defensive line that is strong on paper but are simply not good enough on the pitch.

Liverpool have struggled but they have also been able to come out with the required results to get them this far. Real Madrid are weak defensively and will concede on the night and therefore their forwards will need to be at their absolute best in order to come out with the necessary result against a team that will make them suffer time and time again on the counter.

I think that it’s safe to assume Zidane will start off the game trying to keep possession and attempt to build from there. One of the things that we can practically predict about this Liverpool team is that they are okay with letting their opponents have the ball but will cause havoc the second they receive it. Therefore, Los Merengues will want to keep possession and try to play the match at their own pace, which they failed to do against Bayern Munich and almost got knocked out of the competition. Yes, Liverpool are not Bayern Munich but they have tools that the Germans do not and every single tool they have will be unleashed against us.

In every match, people will make a team to be favorites and it’s not surprising that Real Madrid are the favorites this year against the English club. Having said that, the “favorites” tag is completely disregarded by both teams in a game this massive as it comes down to the simple fact that no matter who is better prepared and makes the least amounts of mistakes wins the game.

Ahead of the game, Zinedine Zidane’s biggest advantage will be the fact that he is completely unpredictable. No one, probably not even himself, can guess the lineup that he will be coming out with on the night nor the tactical lineup either. We can guess all we want but chances are that we will be eating our words by the end of it. With that magnificent buildup, let me take a chance and guess what both lineups will be:

This game will be close and both teams have the necessary capabilities to win, it all just depends on who will be able to play that much better on the night. It is going to be an extremely entertaining night for the neutrals while fans of both teams will feel rushes of nerves and stress that they probably never experienced in the past.

Real Madrid are on the verge of making history once again and be the first team to win the UEFA Champions League trophy three times in a row and also four times in the past five years. Anyone considering this to be done and dusted needs to think twice and see what Liverpool have done on the European stage this year and in the past. They have created some of the most beautiful nights in the competition such as the “Night of Istanbul” and they are more than capable of coming out with a historic and memorable night yet again.